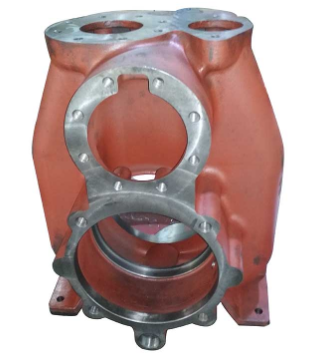 During the casting process, the iron castings have different cooling rates from the surface to the inside, forming the casting internal stress. If it is not eliminated, it will deform or even crack the parts during the cutting process and use it.  To relieve stress, artificial aging and natural aging are often used.  The casting is heated to about 500~560℃ for a certain period of time, and then the casting is taken out with the furnace to cool down. This kind of aging is artificial aging; natural aging is to store the cast iron outdoors for 6 to 18 months to let the stress release naturally.  Aging can partially relieve the stress, but because of the long time and low efficiency, it has not been adopted.

In order to improve the overall performance of Austempered Ductile iron casting, there are often nodular cast iron annealing to eliminate white-mouth annealing, to improve toughness, normalizing, and quenching to increase the strength of ductile iron.

The surface or thin wall of ordinary gray cast iron or nodular graphite castings appears white in the casting process due to the excessive cooling speed, and the cast iron cannot be cut. In order to eliminate the white mouth and reduce the hardness, such cast iron parts are often reheated to above the eutectoid temperature (usually 880～900℃), and kept for 1～2h (if the cast iron has high Si content, the time can be short) for annealing, the cementite is decomposed It is graphite, and then the cast iron is slowly cooled to 400℃-500℃ and air-cooled. At a temperature of 700-780°C, that is, near the eutectoid temperature, the cooling rate should not be too slow so that too much cementite can be converted into graphite, which reduces the strength of the cast iron.

Ductile iron pump volute in the casting process, this ordinary gray cast iron has a large tendency to white mouth, and the internal stress is also large. It is difficult to obtain pure ferrite or pearlite matrix for cast iron parts.  For the ductility or toughness of the parts, the iron castings are often reheated to 900-950°C and kept for sufficient time for high-temperature annealing, and then cooled to 600°C and then released from the furnace.  During the process, the cementite in the matrix decomposes graphite, and graphite is precipitated from austenite. These graphites are gathered around the original spherical graphite, and the matrix is completely converted into ferrite.

If the as-cast structure is composed of (ferrite + pearlite) matrix and spheroidal graphite, in order to improve the toughness, only need to decompose the cementite in the pearlite into ferrite and spheroidal graphite, and then reheat the cast iron  After reaching the eutectoid temperature of 700-760°C, the furnace is cooled to 600°C after holding the furnace and becomes cold. 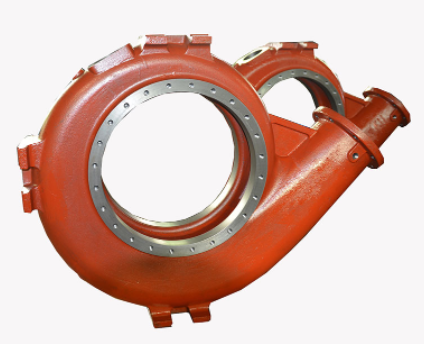 3. Normalizing to improve the strength of ductile iron

The purpose of normalizing ductile iron is to transform the matrix structure into a fine pearlite structure. The process is to reheat the nodular cast iron with ferrite and pearlite matrix to a temperature of 850-900℃, the original ferrite and pearlite are converted into austenite, and some spherical graphite is dissolved in the austenite. After heat preservation, air-cooled austenite transforms into fine pearlite, so the strength of the casting is improved.

Ductile castings require higher hardness as bearings, and iron castings are often quenched and tempered at low temperatures. The process is: the casting is heated to a temperature of 860-900℃, the original matrix is completely austenitized by heat preservation, and then cooled in oil or molten salt to achieve quenching, and then heated at 250-350℃ for heat preservation and tempering. Fire martensite and retained austenite structure, the original spherical graphite shape remains unchanged. The processed castings have high hardness and certain toughness, retain the lubricating properties of graphite, and improve wear resistance.

As shaft parts, ductile iron parts, such as crankshafts and connecting rods of diesel engines, require comprehensive mechanical properties with high strength and good toughness. The iron castings are quenched and tempered. The process is: the cast iron is heated to a temperature of 860-900℃ to keep the matrix austenitized, then cooled in oil or molten salt to quench it, and then tempered at 500-600℃ to obtain a tempered sorbite structure (Generally, there is still a small amount of lumpy ferrite), the shape of the original spherical graphite remains unchanged. After treatment, the strength and toughness match well, which is suitable for the working conditions of shaft parts.

The purpose of the austempering treatment of ductile iron is to transform the matrix structure of the cast iron into a strong lower bainite structure, the strength limit can exceed 1100MPa, and the impact toughness AK≥32J.  The treatment process is: heating the ductile iron castings to a temperature of 830-870℃ to keep the matrix austenitized, and then put them in molten salt at 280-350℃ to keep the austenite partly transformed into lower bainite. The original spheroidal graphite is not changed.  Obtain high-strength ductile iron.

The purpose of surface heat treatment of iron castings is to improve the wear resistance of iron castings.  Induction heating quenching, laser heating quenching, soft nitriding, and other processes in steel are all suitable for cast iron.  At present, the cylinder liners of diesel engines and internal combustion engines often adopt laser heating quenching or soft nitriding treatment.  The laser heating cast iron parts have a very fast heating speed. After air cooling, the workpiece can form a hardened layer of high-carbon martensite structure, so the wear resistance is greatly enhanced. After the iron casting is soft nitriding treatment, a compound (Fe2-3N) high hardening layer is formed on the surface, which not only has high hardness but also has a small friction coefficient, so the wear resistance of ductile casting is greatly improved.

We are a Ductile Iron Pump Volute supplier. If you are interested in our products, please contact us now!

PREVIOUS: What Are the Characteristics of High Chromium Cast Iron Casting Production?