A. The function is to close the impeller in a certain space so that the liquid can be sucked and pressed out by the action of the impeller.

B. The pump casing is mostly made of volute shape, so it is also called a volute. As the cross-sectional area of the flow passage gradually expands, the high-speed liquid thrown around the impeller gradually reduces the flow rate of the self-priming pump, so that part of the kinetic energy is effectively converted into static pressure energy.

C. The water pump casing not only collects the liquid thrown out by the impeller, but also an energy conversion device.

D. Introduce the liquid evenly into the impeller, and collect the liquid flowing out of the impeller at high speed, and send it to the next stage or lead to the outlet. 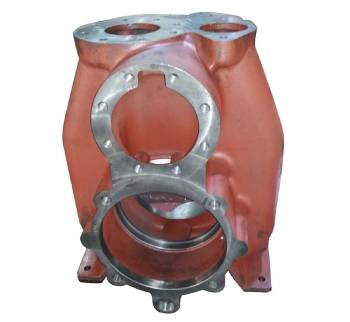 Asbestos rope immersed in oil or coated with graphite is generally used as the filler. The mechanical seal mainly relies on the relative movement between the moving ring mounted on the shaft and the static ring fixed on the pump housing to achieve the purpose of sealing.

The packing seal has a simple structure, low price, and convenient maintenance. But the leakage is large and the power loss is large. Therefore, the packing seal is used to transport general media, such as water, etc.; it is generally not suitable for petroleum and chemical media, especially can not be used in precious, explosive, and toxic media.

The mechanical seal (also known as the end face seal) has a good sealing effect, small leakage, and long life, but it is expensive and requires higher processing, installation, and maintenance than general seals.

The mechanical seal is suitable for transporting petroleum and chemical media and can be used for a variety of media with different viscosities, strong corrosiveness, and particles. The American Petroleum Institute standard API610 (8th edition) stipulates that, unless specified by the user, a cartridge mechanical seal should be equipped.

NEXT: Analysis on Those Knowledge of Water Pump Impeller