Casting manufacturing is a process in which liquefied material, such as molten metal, is poured into the cavity of a specially designed mold and allowed to harden. After solidification, the workpiece is removed from the mold to undergo various finishing treatments or for use as a final product. Casting methods are typically used to create intricate solid and hollow shapes, and cast products are found in a wide range of applications, including automotive components, aerospace parts, etc.

Different Types of Casting and the Casting Process

Although casting is one of the oldest known manufacturing techniques, modern advances in casting technology have led to a broad array of specialized casting methods. Hot forming processes, such as die-casting, investment casting, plaster casting, and sand casting, each provide their own unique manufacturing benefits. Comparing both the advantages and disadvantages of the common types of casting processes can help in selecting the method best suited for a given production run. 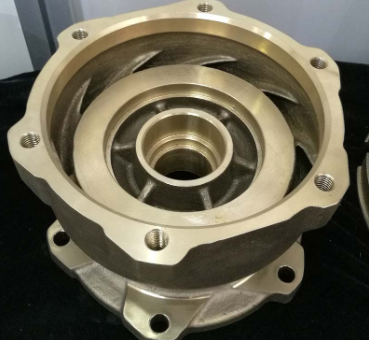 Sand casting typically relies on silica-based materials, such as synthetic or naturally-bonded sand. Casting sand generally consists of finely ground, spherical grains that can be tightly packed together into a smooth molding surface. The casting is designed to reduce the potential for tearing, cracking, or other flaws by allowing a moderate degree of flexibility and shrinkage during the cooling phase of the process. The sand can also be strengthened with the addition of clay, which helps the particles bond more closely. Automotive products such as engine blocks are manufactured through sand casting.

Sand casting involves several steps, including patternmaking, molding, melting and pouring, and cleaning. The pattern is the form around which the sand is packed, usually in two parts, the cope and the drag. After the sand is compacted enough to replicate the pattern, the cope is removed and the pattern extracted. Then, any additional inserts called core boxes are installed and the cope is replaced. After the metal has been poured and solidified, the casting is removed, trimmed of the risers and gates that were used in the pouring process, and cleaned of any adhered sand and scale.

Sand casting's main advantages as a casting process include:

Despite its benefits, sand casting yields a lower degree of accuracy than do alternate methods and it can be difficult to sand cast components with a predetermined size and weight specifications. Furthermore, this process has a tendency to yield products with a comparatively rough surface finish.

Plaster casting is similar to the sand casting process, using a mixture of gypsum, strengthening compound, and water in place of the sand. The plaster pattern is typically coated with an anti-adhesive compound to prevent it from becoming stuck against the mold, and the plaster is capable of filling in any gaps around the mold. Once the plaster material has been used to cast the part, it usually cracks or forms defects, requiring it to be replaced with fresh material. The advantages offered by plaster casting include:

This process tends to be more expensive than most sand casting operations and may require frequent replacements of the plaster molding material. It is usually more effective and cost-efficient when the quality of the surface finish is an important requirement. Its application is generally limited to casting aluminum and copper-based alloys.

Die casting is a method of molding materials under high pressure and usually involves non-ferrous metals and alloys, such as zinc, tin, copper, and aluminum. The reusable mold is coated with a lubricant to help regulate the die’s temperature and to assist with component ejection. Molten metal is then injected into the die under high pressure, which remains continuous until the workpiece solidifies. This pressurized insertion is rapid, preventing any segment of the material from hardening before being cast. After the process is completed, the component is taken out of the die and any scrap material is removed. A few of the major advantages provided by die casting include:

Despite its advantages, die casting as a metal casting process has relatively high tool costs, making it more cost-efficient in high-volume product runs. It can also be difficult to ensure the mechanical properties of a die-cast component, meaning these products usually do not function as structural parts. As the molds are typically two-piece, die casting is limited to products that can be removed from the mold without destroying the mold, as is done in other casting processes. 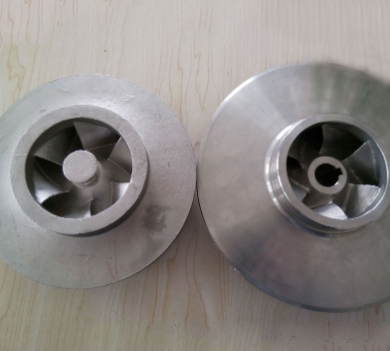 Investment, or lost wax, casting uses a disposable wax pattern for each cast part. The wax is injected directly into a mold, removed, then coated with refractory material and a binding agent, usually in several stages to build up a thick shell. Multiple patterns are assembled onto common sprues. Once the shells have hardened the patterns are inverted and heated in ovens to remove the wax. Molten metal is then poured into the remaining shells where it hardens into the shape of the wax patterns. The refractory shell is broken away to reveal the completed casting. Investment casting is often used to manufacture parts for the automotive, power generation, and aerospace industries, such as turbine blades. Some of the central advantages and disadvantages of investment casting include:

Although it is highly precise, investment casting is usually more expensive than other comparable casting techniques and is typically only cost-efficient when sand or plaster castings cannot be used. However, the expense can sometimes be compensated for with reduced machining and tooling costs due to investment castings’ quality surface results.

Centrifugal casting is used to produce long, cylindrical parts such as cast iron pipe by relying on the g-forces developed in a spinning mold. Molten metal introduced into the mold is flung against the interior surface of the mold, producing a casting that can be free of voids. Originally invented as the de Lavaud process using water-cooled molds, the method is applied to symmetrical parts such as soil pipe and large gun barrels and has the advantage of producing parts using a minimal number of risers. For asymmetric parts that cannot be spun around their own axes, a variant of centrifugal casting, called pressure casting, arranges several parts around a common sprue and spins the molds around this axis. A similar idea is applied to the casting of very large gear rings, etc. Depending on the material being cast, metal or sand molds may be used.

Permanent mold casting shares similarities with die casting and centrifugal casting, notably the use of reusable molds. These can be made of steel, graphite, etc. and are generally used to cast materials such as lead, zinc, aluminum and magnesium alloys, certain bronzes, and cast iron. It is a low-pressure process with pouring usually done by hand using multiple molds on a turntable. As the molds rotate through the various stations they are successively coated, closed, filled, opened, and emptied. One such method is known as slush casting, where the mold is filled but emptied before the metal fully hardens. Molten metal is dumped from the casting to produce a hollow, cast shell. A similar idea is used in the molding of hollow chocolate products such as Easter bunnies. The use of metal molds induces faster heat transfer through the mold, allowing the shell to harden while the core remains liquid.

This article presented a brief discussion of the different types of casting processes. For more information on related products or processes, consult our other blogs or visit our website!

NEXT: How to Identify, Correct and Prevent Clogged Pump Impellers