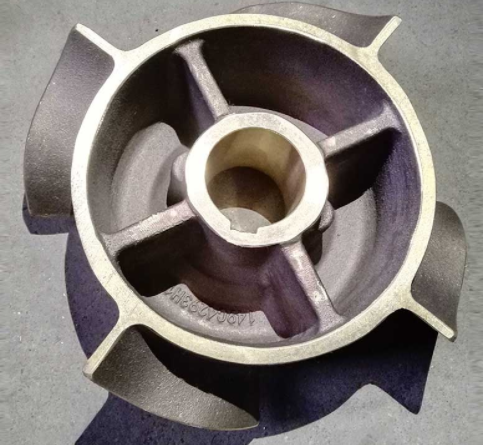 The impeller refers to both the wheel disc with moving blades, which is a component of the impulse turbine rotor, and the general term for the wheel disc and the rotating blades mounted on it. It can be divided into different types according to the working mode and structure. Read on for more information.

According to the structure

The semi-open type and open type impeller in the vane impeller are easy to cast and easy to maintain to clean the impurities blocked in the conveying process. But his disadvantage is that the transport process of solid particle abrasion under the pressure water chamber wall and the gap between the vane increases, reducing the operating efficiency of the pump, and because the gap increases so that the stability of the flow of liquid in the flow channel is damaged, so that the pump vibration, this type of impeller is not easy to transport media containing large particles and long fibers. The closed impeller has high operating efficiency, can run smoothly for a long time, and the axial thrust of the pump is small, but the closed impeller is easy to be wound, and it is not easy to convey the sewage medium containing large particles or long fibers.

Cyclonic impeller is the impeller all or part of the impeller is shrunken to the pressure chamber flow channel, with good anti-clogging performance. Particles in the water pressure chamber flow by the impeller rotation generated by the vortex propulsion movement, suspended particles movement itself does not produce energy, and the flow channel and liquid exchange energy. In the flow process, suspended particles or long fibers do not contact with the wear blade, blade wear more light, there is no gap due to abrasion and increase the situation, suitable for pumping media containing large particles and long fibers.

Spiral centrifugal impeller is a twisted type of vane, in the conical hub body from the suction port along the axial extension. The transported liquid flowing through the vane will not not hit any part of the pump, so there is no damage to the pump type, while there is nothing destructive to the transported liquid due to the propulsive effect of the spiral, the strong passage of suspended particles, so the pump with this type of impeller is suitable for pumping media containing large particles and long fibers.

We are a pump impeller supplier, please feel free to contact us if you need them.

NEXT: The Correct Way To Use Butterfly Valves